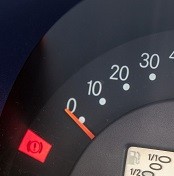 Most therapies are symptom-focused. They aim to help you to cope with or manage the symptom.

Others might be solution-focused. They aim to help you to understand what you are suffering and avoid experiencing the symptom.

LCH could be termed as source-focused. Aiming not at the end effect (symptom) but at the reason it still exists to continue causing difficulties for you.

How does Lesserian™ Curative Hypnotherapy Work?

Mrs Jones found that her car would not start one morning. The battery was flat. She missed a meeting with her mother.

Her neighbour used jump leads to get the car going but this did not correct the cause of the problem. At the end of the day she was again unable to get it started. She could not collect her daughter from school.

She bought a battery charger and, next morning, the car started without any trouble. Again, however, the cause was left untouched and when she came out of the supermarket the battery was, once more, ‘dead’. Once again, her life had been disrupted and her plans had to be altered.

She spent even more money on a new battery. This was great for a short time. But the reason why the battery kept losing juice was never addressed. The new battery soon suffered the same fate as the last one. Once again, the car let her down; creating expense, frustration and more disruption, delays and spoiled plans.

It is obvious that, if Mrs. Jones had first consulted an expert who had the ability to ‘FIND THE CAUSE’ of the battery going flat (instead of simply trying to deal with the obvious symptoms), the problem would have been CURED. The alternator would have been replaced and all the above expenses and annoyances would have been avoided.

Yet many of us, like Mrs. Jones, let our symptoms be treated instead of finding out WHY we suffer from them – so that this cause can be corrected and the problems completely eliminated from our lives.

The only way to cure any problem is to correct its cause.